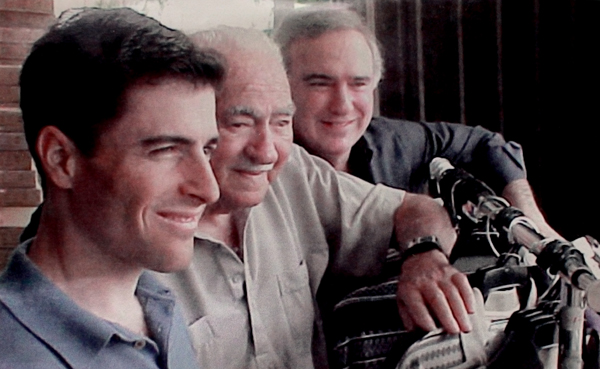 Lord Daniel Sportswear, is a 3rd generation family owned and operated business founded over 70 years ago. The company began as a wholesale apparel company selling to mom and pop retailers in the South and Caribbean, and over the years grew to distribute through many major retailers in the U.S.


The tipping point for Lord Daniel began when JCP opened up a Miami office in the 70s. The young and very aggressive Steve Stern would show up on their doorstep every day until finally one day JCP agreed to start buying from Lord Daniel. JCP orders would then be fulfilled and shipped by Steve and his father, Marcus Stern, personally.


The product that paved the way to success for Lord Daniel was a basic men's knit shirt with a band at the bottom that did not require the need to tuck it in allowing men, possibly with larger midriffs, to still look clean and put together. This product was extremely popular in the 70s, and for many years was the #1 selling item in the men's department at JCP. Today Lord Daniel is the exclusive supplier of this shirt, still loved and worn by the loyal Banded Bottom man.


Throughout the coming years through the early part of the new millennium, the business continued to grow and thrive through company acquisitions, as well as expanded distribution in major retail such as Kohls and Cracker Barrel.


In 2008, with the US economy slowing down, so did Lord Daniel. Many Mom and Pop retailers were closing their doors, not able to compete with major mass retailers, and JCP began shifting their target audience shift to a younger and more upscale consumer. So this required the Lord Daniel team to rethink and reinvent the business. Lead now by the 3rd generation Stern, Brett Stern, now CEO, decided to take their business online. For the original banded bottom shirt, although the brick and mortar retail distribution had evaporated, the loyal customers and demand for these shirts was still out there. As a result the company launched BandedBottom.com to continue to sell this still very popular product and sales still continue to grow.


In 2009, as a 3rd generation family owned and operated business that has been living the American dream, came the inspiration and passion for launching the company's 2nd website, TheFlagShirt.com, a site dedicated to all patriotic apparel. Through the hard work and determination of the entire Lord Daniel family, we have succeeded in building a successful business that is truly dedicated to the American Spirit and honoring and sharing patriotism regardless of race, religion, or political affiliation.


Don't be surprised if you receive a call from our owner Steve Stern. He still comes into the office every day and spends time personally thanking customers for their business.

is added to your shopping cart.

Enter your email below to receive special offers, exclusive discounts and more!